After Windows 98, came the Windows 98 SE. Here, SE stands for Second edition and was released on the 5th of May in the year 1999. Both Windows 98, as well as the Windows 98 SE operating systems, were supported by Microsoft till the 30th of June 2002. Buyers could, however, get extended support till the 11th of July 2006. You can download Windows 98 ISO from our website. 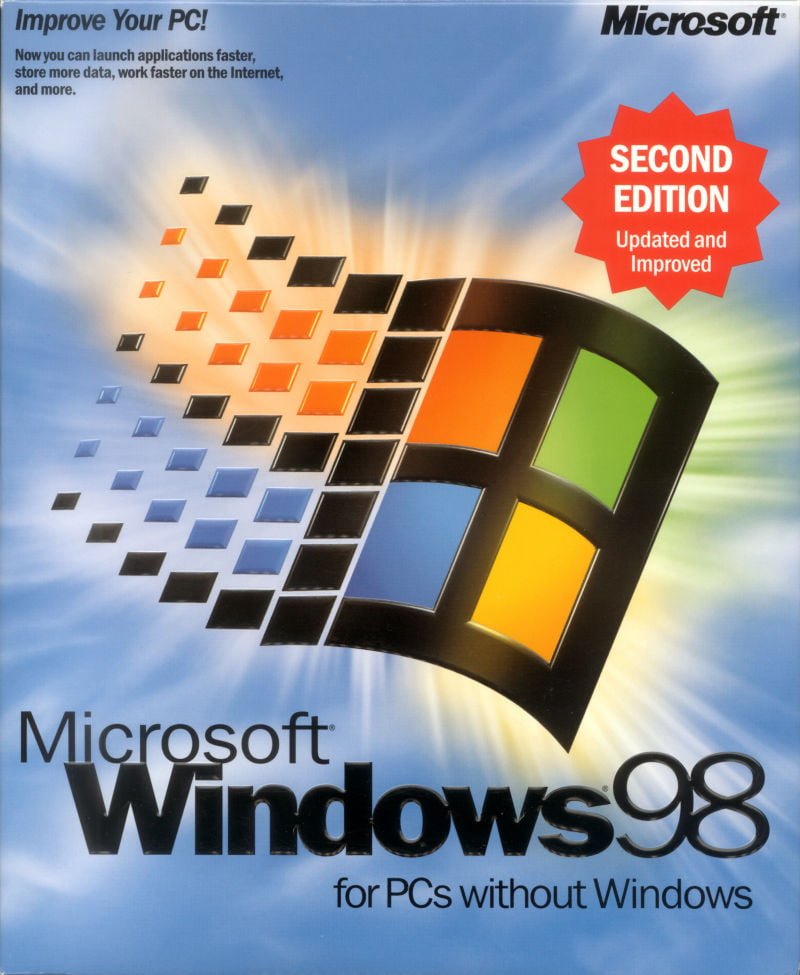 The taskbar, one of Windows 95’s smarter innovations, is even better in Internet Explorer 4.0 and Win98. Microsoft has hewn the new improved version closely to the “if it’s not broken, don’t fix it” school of thought. There’s been no mind-bending, radical overhaul, but rather the addition of significant and useful enhancements.

People found the new Web-savvy features helpful (though new users thought that they might complicate matters). With Windows 98, the Favorites folder was found on the Start menu. Under the Find folder, a “Find… On the Internet” choice took you to Microsoft’s search site.

The Start menu additions were notable, but the taskbar itself was where the action is. Microsoft finally heeded the cries of Windows 95 users who craved the ability to drag-and-drop document, application and folder shortcuts directly onto the taskbar, the way they could with the Office97 Software.

Windows 98’s Web View mainly did three things: It performed single-click navigation; it provided a way to view and customize the appearance of folders; and it added a fifth icon view to the original four views which were large icons, small icons, list, as well as details.

Web View shouldn’t be confused with Win98’s many hooks into the Internet. With Windows 98, you could get to the Web anytime from anywhere in Win98, even with Web View turned off. Likewise, you could enjoy Web View without an Internet connection. As such, Web View was a misnomer. A better name would be Browser View because it really enabled you to navigate and view the files on your computer with a browser-like interface.

The Windows Scripting Host (WSH) was the successor to the venerable DOS batch file format. WSH was a standard feature of all versions of the Windows 98 operating system. WSH incorporated both the JavaScript and VBScript engines that first appeared in Microsoft’s Internet Explorer and Internet Information Server (IIS), allowing batch files to be written in either language. WSH supported all the standard features of both languages, including subroutines and functions, variables and arrays, true if/else statements, other flow-control statements that allow sophisticated looping and much more.

Microsoft even provides two complete versions of Windows Scripting Host. One (CSCRIPT.EXE) is a command-line utility that can run in a DOS box under either Memphis or Windows NT 5.0. The other (WSCRIPT.EXE) is a standard 32-bit Windows application. Either can be chosen as your default scripting host (the one that runs automatically when a user double-clicks or runs a script file). Both versions support all JavaScript, VBScript and WSH features.

Microsoft figured out a good way to make Windows 98 faster. The Disk Defragmenter Optimization Wizard tracked the programs you ran most often, then clustered those programs on the fastest part of your hard disk. To use it, close down all applications and launch the wizard. It lets you choose programs you run frequently, launches them and notes which files are accessed from the hard disk for each.

One of the key pieces to Win98’s performance puzzle was WinAlign, a utility that aligns the contents of program files so they load faster-20% faster (or more). With speedier access to your applications and the data they use, you were able to trim unproductive wait times.

With Windows 98, Microsoft introduced the new and improved FAT32 (File Allocation Utility) file system. FAT32 frees up hard-disk space by allocating the space much more efficiently than previous versions of FAT did. With FAT32, you can get an average of 28 percent more disk space without buying any new hardware. Launch software programs faster when you combine FAT32 with Microsoft Windows 98 Disk Defragmenter. With FAT32 you can work with a very large hard disk which can be over two terabytes it’s easier with FAT32 because you can represent the disk with a single drive letter, rather than splitting it in two.

Here are the minimum requirements your computer hardware must meet in order to run Windows 98: 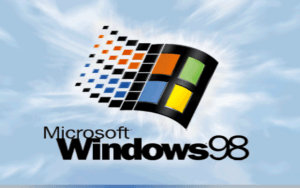